[ This is a blog series about the game No Man’s Sky: NEXT where I summarise my playthrough in a fictional story. Not everything I get up to, like collecting resources, is included, as that would be boring. Spoiler warning. ]

I just woke up in a place I don’t remember going to. My equipment seems damaged, but my life support systems are working, as the automated voice of my suit tells me in a grating sort of voice. Looking around, there are little bits of debris around me, from what I can’t say. The view is breathtaking though. 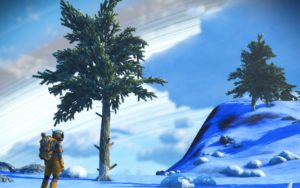 My suit lets me know that I should repair my multitools’ scanner. After collecting a few resources found around me, I succeed in doing so. It then detects my ship some 400u away. If that’s my ship, and it’s damaged, why is it so far from me? Either way, I make my way towards the navpoint through the freezing temperatures. Night falls by the time I get there. 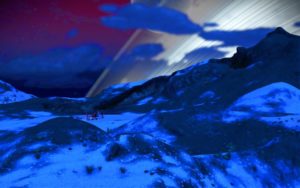 The ship is quite small, and sparks are flying off the engine. I am doubtful I can fix this damage. I still can’t remember piloting this thing. 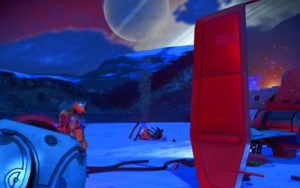 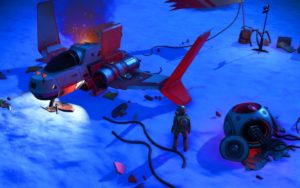 The on-board computer springs to life as soon as I hop in, giving me a huge startle. It lists off its autodiagnostics:

The only option on the interface is to begin with the repairs, so I select it somewhat reluctantly. Even it calls me a pilot, not an engineer…

All right! The word “guided” gives me hope. I hop out to have a look around. Just by the ship is a spherical distress beacon. Very odd, instead of technology there’s a segmented red orb in it. The designation reads “ITERATION #2394829084924924924#G”, the same number as the ships computer mentioned. I think. I guess that means it does belong with the ship. I activate it. 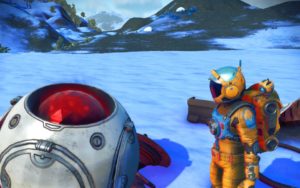 At this point the ball begins to hover and produce pyramid like protrusions. Mesmerised, I keep listening.

All this makes no sense to me. I tell the beacon to broadcast. A response comes in almost immediately:

I wonder what this anomaly is supposed to be. I get in the ship again to wait for rescue and shelter from the cold, when the computer pipes up again:

Ah, here’s that guidance finally. I request assistance from the computer.

I exit again, having another look at the beacon. There is, in fact, a Navigational Data module in its housing. To use it, I construct a signal booster device and feed it the module. It produces coordinates another 400u away. With a sigh I set off with a light jog. Along the way, I ran into these floating plants. 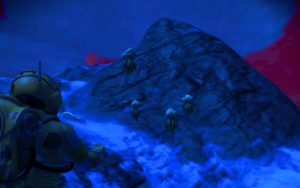 Finally at the destination, I enter the building to see what sort of help I can find. There is no one around, just some beeping devices on the wall. 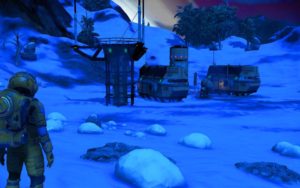 I activate a device nearset to the door and it begins playing an old log that I can barely understand through the crackling:

The device opens a compartment and a Hermetic Seal falls out. Whoever left the log behind also left a vital repair item here. I wonder where they went. Since I don’t see anyone around, I make my way back to my ship and repair the engine. To my surprise, all systems say go – back to the planet I woke up on. Maybe I’ll find out more to my story there. 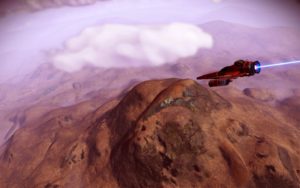 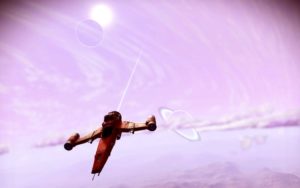 I arrive at a damaged pod. 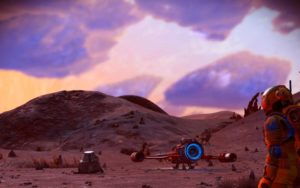 It also has some log files waiting, after I decipher the signal.

-{{ ENTRY #4925C: No fuel in -kzzzkt – failed to reach station. Hazard protection low… no choice but to – kzzzkt – underground… -kzzktzzkt – deployed Base Computer… }}-

The pod also contains plans for a base computer and a terrain manipulator for my Multitool. The base computer could help me make sense of some of this data so far. First, I must collect some resources. I come across these floating crystals, but my Multitool isn’t able to break them down. 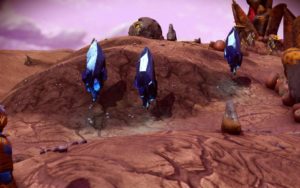 Back at my ship, I put the base computer together and set it on the ground. I tell it to search its cartographic archives. It tells me has nobody claimed this site and that it’s suitable for construction. I suppose I should claim it so I can get a small shelter going. Another message appears on its screen.

I get some plans, but there are more logs in its memory.

This previous user apparently had some success, and I can learn from them. After a days work, I have a small shelter. 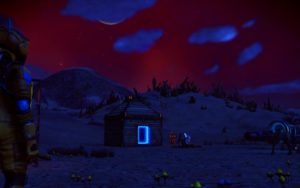 The base computer advised me to build a Blueprint Analyser. It tells me that I can find so-called Salvage Modules underground.I consult the possible research topics. 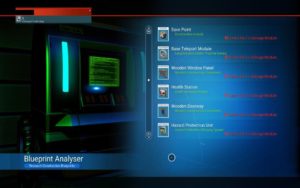 I look around through my analysis visor and spot one of these Technology Modules, but it’s quite a stroll away. Packing up some spare fuel for my suit and tool I make my way. At the location, I dig to the module, it isn’t buried very deep at all, and remove the salvage. On my way back, a storm moves in, so I stumble my way back to my base, a lot slower then I liked. I got another nice view though. 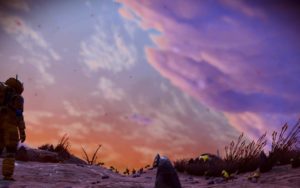 Back at the base, I wait out the storm in my little, bare-bones hut. When I step back out, I notice the base computer blinking. It has more logs to show.

The base computer interrupts itself with a strange emergency broadcast. But what kind of emergency is that? Either way, flying into space sounds marvelous. Before I even get to my ship, my comms pick up the broadcast.code

With this information, I head to the systems space station to hopefully find someone that can shine some light on this emergency code. 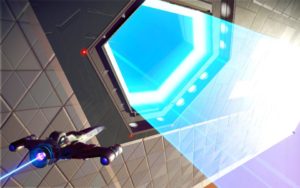 To my relief, it is a well populated space station. I find a life form of small stature, and repeat the code to it. They fall silent, but I don’t know if they understood me. However, I am inclined to leave this one be. 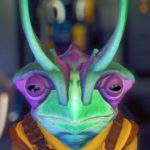 I turn to find someone else. I spot a life form that is quite tall and intimidating looking, yet not aggressive. I repeat the code to them. Now they also change, no longer seeming to want to help. Again, I decide to leave them be. 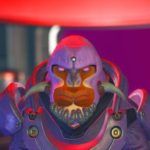 After wandering around for a short while, I see someone else, looking very similar to the life form I just talked to. They stare at me silently. When I blink, I see that same red light that stared at me from the terminal. I repeat the code. 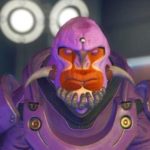 I stare intensely at the alien. Their words are not their own. Through a red glare, I somehow learn coordinates from the code. The red light fades, and the alien is looking at me blankly. It seems they don’t know what just happened. I leave, to find out what has been left for me.

The coordinates lead me to a colossal crashed freighter on “my” planet. I find a beacon there, which I activate.

Hm, were these messages nothing but the misfiring of circuits of a long-forgotten ruin? Among the debris, I find the pilots log. Its little light is blinking, awaiting input. A wonder it still works! I request the last log recorded, but instead I get a sequence of numbers, followed by a short message.

The Anomaly comes for the stars. Take flight.

Also attached is a schematic for a hyperdrive. I transfer the blueprint, but oddly, it is for a conventional starship, not for a freighter of this size. Someone must have placed it after the crash. Did it mean “comes from the stars”? I wonder while installing a hyperdrive on my ship. It’s somewhat strenuous, but I manage it in the end.

Back in space, my ships computer detects a signal trace, and recommends a scan. I do so, and am guided to an abandoned building on the ice planet. 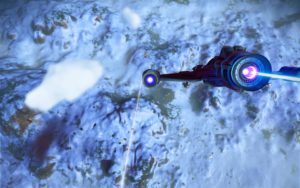 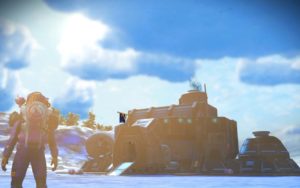 The doors hang askew in their frames, and an odd smelling smoke hangs over the whole thing. Inside, there is an odd growth that nearly covers the main terminal. 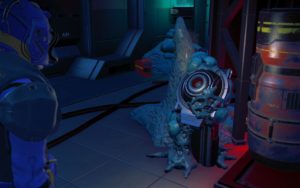 The terminal is clogged with an unnerving, pulsating slime. After I remove some of it, the terminal springs to life, opening up and revealing a penetrating red light in the center.

As I touch the input panel, the alien substance reacts violently, and I try to avoid getting too close. A sample of antimatter and a strange message are delivered by the terminal.